Historic preservation is a way of life in 300-year-old Charleston, which boasts over 2,000 significant buildings in its historic district. Sprawling along South Carolina’s coast at the junction of two large rivers, it was an important trading port in colonial times and still is today. Charleston gave America its first decisive victory in the Revolutionary War and saw the first defiant shots of the Civil War.

Its Old City Market has been restored and now hosts shops selling local crafts and souvenirs. Grand live oaks draped with Spanish moss, and the Cabbage Palmetto, which is the state tree of South Carolina, line the city streets. Many beautiful and historic pastel-colored homes are situated along the waterfront.

Charleston is known as the Holy City for all it’s numerous church steeples prominent throughout the low skyline, and for the diversity of religions that were tolerated there early in its settlement. St Michael’s Church is the oldest surviving religious structure in the city and a National Historic Landmark.

Savannah, the setting for the runaway bestseller “Midnight in the Garden of Good and Evil,” encompasses one of the largest National Landmark Historic Districts in the United States.

The Savannah area features thousands of historically significant examples of Federal, Italianate and Victorian architecture. Twenty two squares are dispersed throughout the National Landmark Historic District, each with its own distinctive appearance and atmosphere.

The famous “Waving Girl” statue of Florence Martus is in Morrell Park on Savannah’s historic riverfront. She waved her white handkerchief or lantern to every ship entering port for over 40 years and became a legend among both sailors and tourists.

Whether you stroll through these quintessential Southern cities on foot or ride through them in a horse-drawn carriage, their charm will carry you away! 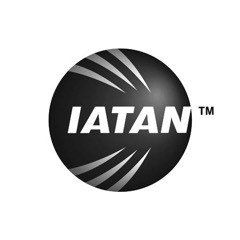